Greeting for the “Next Environment” Collaborative Creation Course: Becoming a person capable of creating and forming a recycling-oriented society 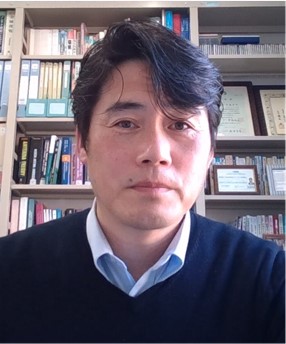 The world’s population is expected to reach 9.7 billion by 2050. One of the most important issues facing the current generation of mankind is to build systems that can sustainably supply the amount of food and energy required by the next generation of humankind while also minimizing the environmental burden. In regards to energy resources, mankind has established the excavation technology for crude oil and natural gas trapped in the gaps of the bedrock layer known as shale, which had been difficult to mine until then. Furthermore, it was discovered that the deep sea contains an enormous amount of methane hydrate that is generated when methane gas molecules are surrounded by water molecules at low temperature and high pressure. These facts had given people a certain sense of security. On the other hand, there is currently a steady expansion in the use of renewable energy such as hydropower, wind power, solar power, and geothermal power. For example, although Iceland’s population and economy are small, hydropower and geothermal power already account for almost 100% of the country’s total electricity generation. In Denmark, the amount of electricity generated by wind power exceeds 50% of the country’s total electricity generation. Even in Japan, the amount of electricity generated by renewable energy sources has increased to nearly 20%.

Why is the widespread use of renewable energy so successful? One important role is fulfilled by international frameworks, national declarations, and setting of specific goals such as the carbon neutral declaration made by Japanese Prime Minister Yoshihide Suga in 2020, the 2015 Paris Agreement, and the announcement of the Cool Earth Partnership and Fukuda Vision by Japanese Prime Minister Yasuo Fukuda in 2008. This is because people and companies can empathize with such frameworks and goals, feel peace of mind, and then engage in research and product development toward achieving specific goals. This environment has led to the development of high-performance and high-efficiency solar panels and wind power generation equipment that possess an advantage over oil-fired power generation in terms of profitability. It is also important to introduce policies and mechanisms to prop up the initial initiatives; for example, financial support for research and development and a fixed purchase system for renewable power generation. The Fukuda Vision has set a goal of increasing solar power generation by 40 times compared to fiscal 2008, and the amount of solar power generation that has been introduced has already exceeded the target amount for 2030 well ahead of schedule.

The Doshisha-Daikin Next Environment Research Center is developing new technologies for capturing, decomposing, and reusing CO2, and is developing high-efficiency air conditioners. Both of these developments are for innovative technologies aimed at solving global environmental problems. CO2 emissions from Japan account for approximately 3% of the world total, so it does not make much sense to focus on reductions in Japan alone. However, if these technological developments are successful and can be expanded globally, they are expected to contribute significantly to suppressing global warming and forming a recycling-oriented society.

The key to forming and promoting a recycling-based society is to develop people and human resources who can tackle environmental problems with their knowledge in both the natural sciences and humanities/social sciences. In April 2021, the Doshisha-Daikin Next Environment Research Center began offering the “Next Environment” Collaborative Creation Course, which fuses the humanities and sciences, in order to develop people and human resources who will create the “Next Environment.” Young employees of Daikin Industries and graduate students of Doshisha University will cooperate to study and learn through mutual stimulation. Enrollees in the course will acquire the perspective and knowledge for grasping the environment as an integrated issue. They will fully take on the role of a leading generation in the future, discuss new technical ideas, etc., according to relevant issues, and then formulate research themes from those ideas. I encourage students to aspire to become professionals who can create and form a recycling-oriented society for the next generation of humankind.